Enter your e-mail address to get the latest news about Lincoln Center at Home. 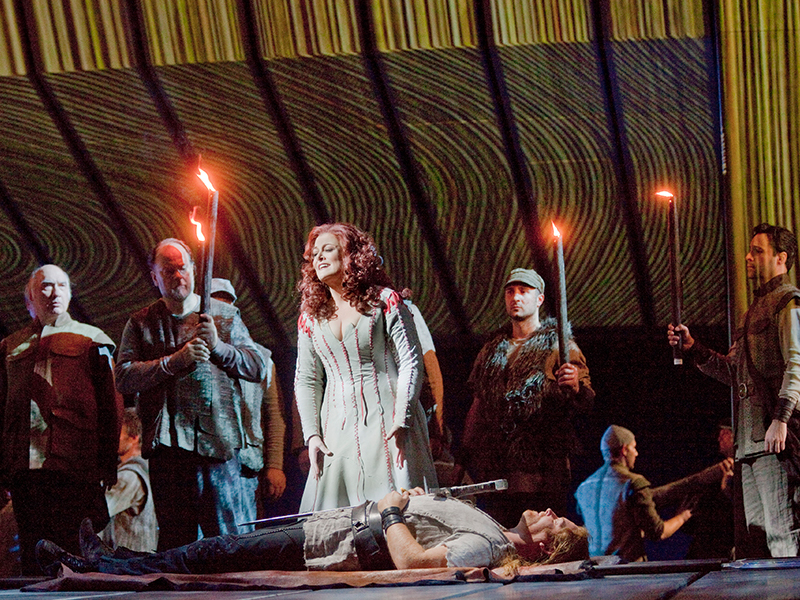 Robert Lepage’s landmark staging of Wagner’s Der Ring des Nibelungen, unveiled over the course of the 2010–11 and 2011–12 seasons, was the first new Met production of the complete cycle in more than 20 years. Combining state-of-the-art technology with traditional storytelling, it brings Wagner’s vision into the 21st century. The four-part epic comes full circle with its cataclysmic finale, in which one woman’s sacrifice redeems the world. Deborah Voigt as Brünnhilde stars opposite Jay Hunter Morris as Siegfried, and Fabio Luisi conducts. Transmitted live on February 11, 2012.

Share
Select a checkout option
Take me straight to the best available seats
Choose my own seats on Tickets.LincolnCenter.org
z