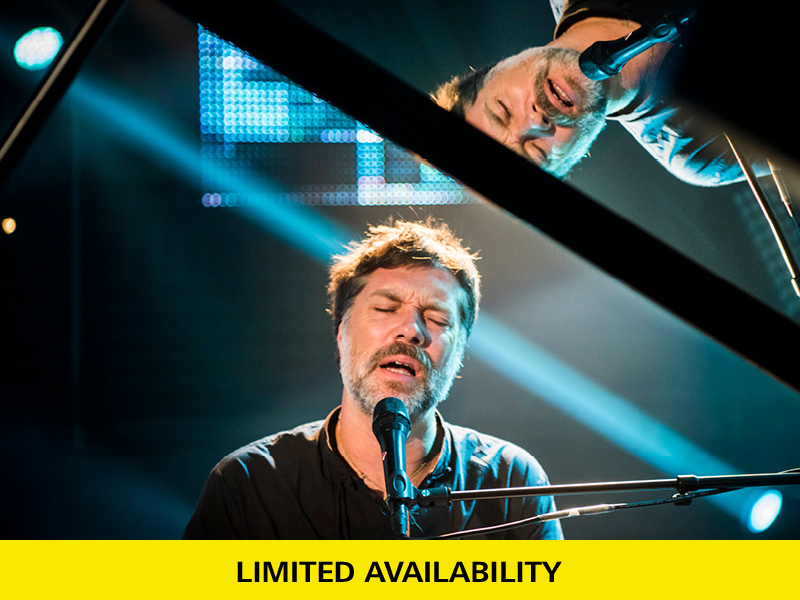 With his emotionally candid melodies and “genuine originality” (New York Times), Rufus Wainwright has established himself as one of the great vocalists, composers, and songwriters of his generation. You could say his success was inevitable; Wainwright is, after all, the son of folk musicians Loudon Wainwright III and Kate McGarrigle. But in the 20-plus years since his self-titled debut album, the magnetic artist has carved out a career of astonishing range and diversity. As a pop vocalist and songwriter, he has collaborated with musical giants, including Elton John, David Byrne, and Joni Mitchell. His musical output has been wondrously varied and prolific, including a historic re-creation of Judy Garland’s 1961 comeback concert that was performed to sold-out, adoring crowds in New York, Paris, Toronto, Los Angeles and London. Wainwright is drawn inexorably to the intensity and size of theatrical expression. He has written two operas—Prima Donna and Hadrian. His last album was a setting of nine Shakespeare sonnets, with special performances by Helena Bonham Carter, Florence Welch, Carrie Fisher, William Shatner, and others. For this highly anticipated show in Alice Tully Hall, Wainwright delves into his catalogue, including songs that have shaped him as an artist and may preview tracks from his forthcoming pop album, to be released in Spring of 2020. Through a set list created specially for his American Songbook debut, Rufus will build a singular viewpoint of American song through his unique, unmistakable lens.

“It works superbly, because the florid romance of the sonnets dovetails exquisitely with Wainwright’s own exuberant, rococo musical flourishes.”

– Guardian on Take All My Loves: 9 Shakespeare Sonnets

“His self-titled 1998 debut topped many year-end best-of lists, and launched his career as an intelligent and timeless, yet distinctly modern, recording artist.”