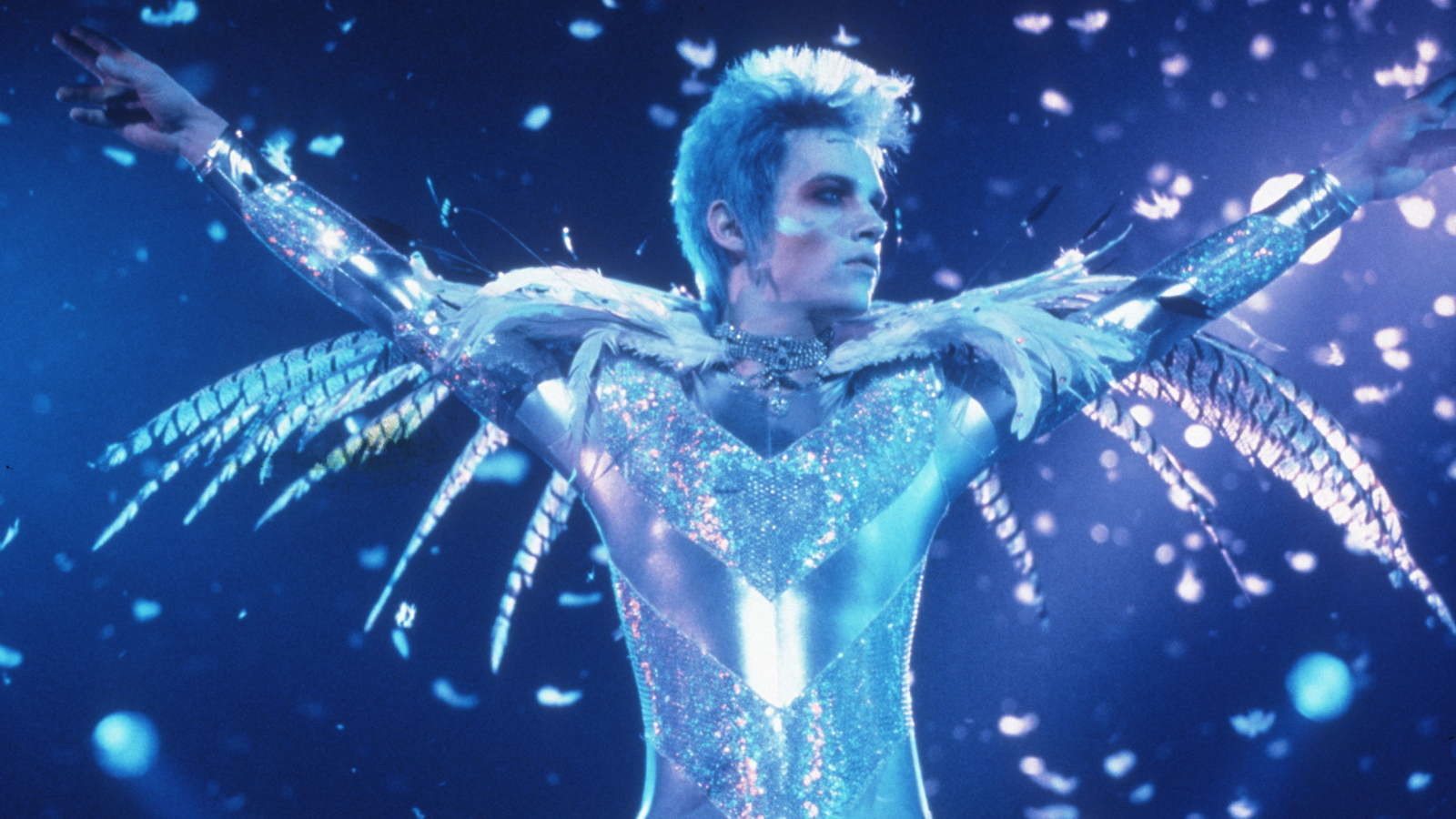 The birth of Oscar Wilde; the staged death of a flamboyant rock star modeled closely after David Bowie; the delirious inebriation of London at the height of the glam era: Todd Haynes’s second discourse on celebrity culture (after Superstar) was as sprawling and multi-tracked as Haynes’s  Safe had been clinically restrained. Much of Velvet Goldmine, the story of a journalist who tries to reconstruct the sordid life story of the failed glam rock star he’d idolized as a young man, was shot in London, and the move gave Haynes a chance to abandon the cloister-like suburbs of his earlier films for a much more colorful, Dionysian milieu. Working with a stellar cast (Jonathan Rhys Meyers, Eddie Izzard, Toni Collette, Ewan McGregor, Christian Bale) and a staggering roster of musicians, including members of Radiohead, Sonic Youth, Roxy Music, and The Stooges, Haynes crafted one of the most thrilling music movies of the ’90s. An NYFF36 selection