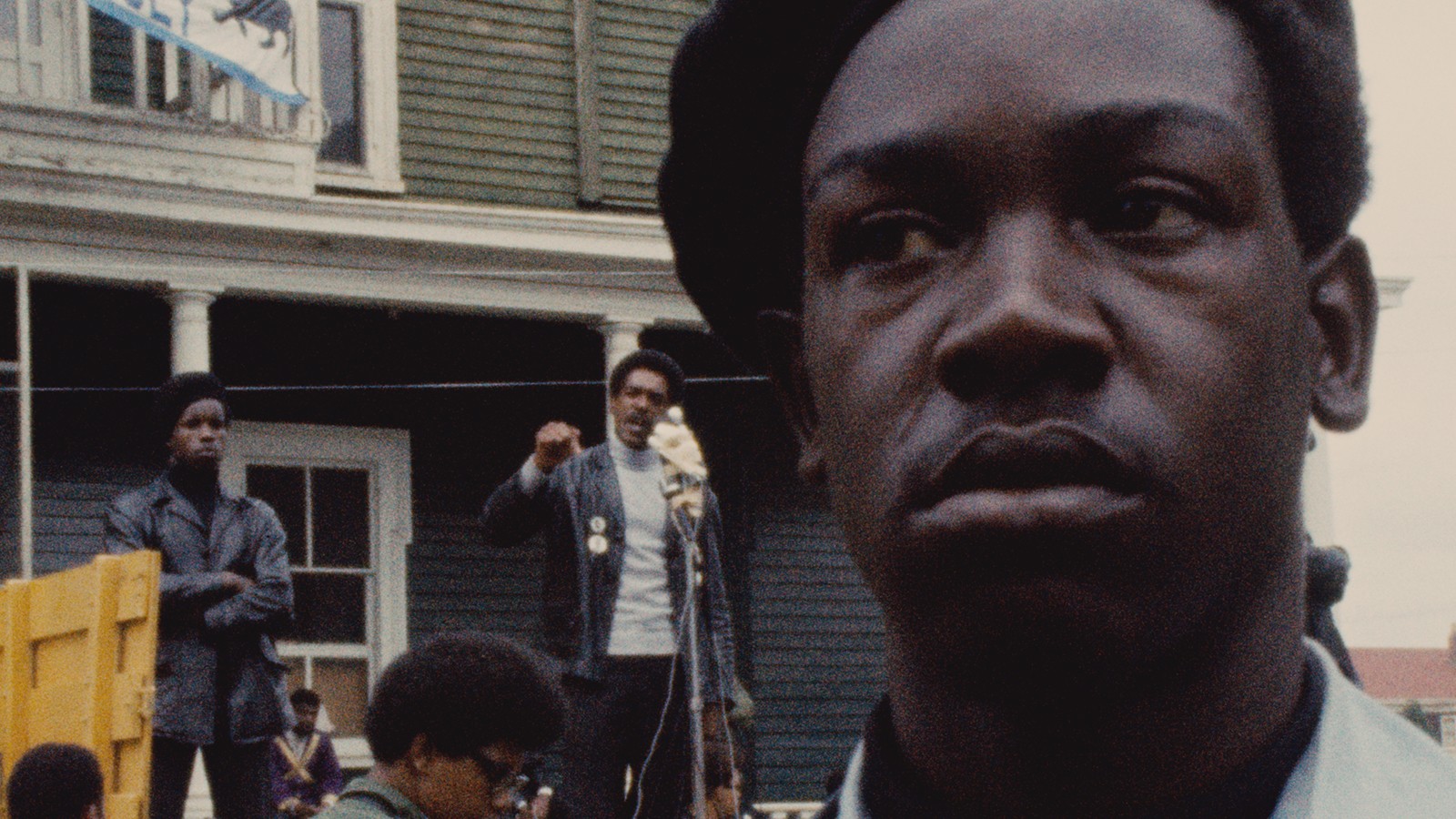 From her silent Keatonesque caper featured in Cléo from 5 to 7 to her 1968 open-air portrait of Oakland’s Black Panthers, this program showcases Varda’s inspired approaches to the short form throughout the ‘60s.

Uncle Yanco / Oncle Yanco
Agnès Varda, USA/France, 1967, 18m
English and French with English subtitles
The first movie Varda made in America was, surprisingly, of a family reunion. This breezy, sun-dappled portrait of her elderly Greek uncle, a painter who transformed his northern California houseboat into a mecca for L.A.’s young, beautiful, and free-spirited, was Varda’s first prolonged exposure to the West Coast counterculture that would deeply inspire her.

Black Panthers
Agnès Varda, France/USA, 1968, 31m
French with English subtitles
One of Varda’s most transformative encounters during her 1968 L.A. journey was with the Black Panthers at the height of their influence and fame. Her casual, open-air portrait of the group, centered on a bustling “Free Huey” rally in Oakland, is more densely packed with information than many of her other documentaries, but it’s made with no less delicacy, grace, and political urgency.