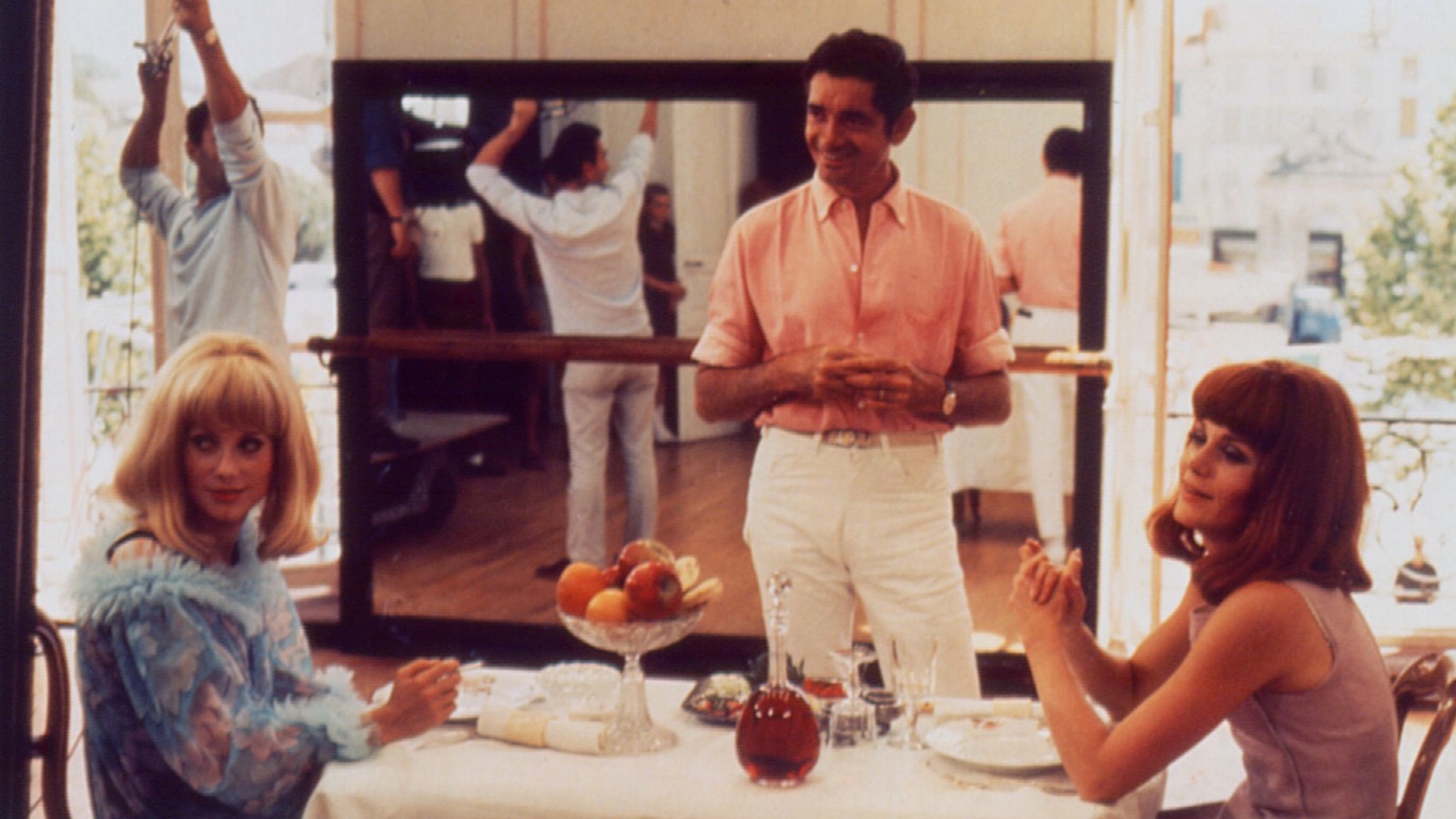 In 1967, Agnès Varda’s husband Jacques Demy transformed a seaside town into a candy-colored romantic vision in The Young Girls of Rochefort. Twenty-five years after the film’s release, Varda returned to Rochefort to convene a one-of-a-kind reunion: Catherine Deneuve, Jacques Perrin, composer Michel Legrand, and then-publicist Bertrand Tavernier revisit the streets that they imbued with a dreamy second life. Drawn to the town’s shape-shifting identity, Varda speaks with a wide swath of townspeople—including Rochefort’s now thirty-something child actors, local government, and young fans—about the film world’s reverberations through their regular lives. In the end, she crafts a heartfelt ode to movie magic and a fleeting moment in time, her own behind-the-scenes production footage preserving Demy in his element.