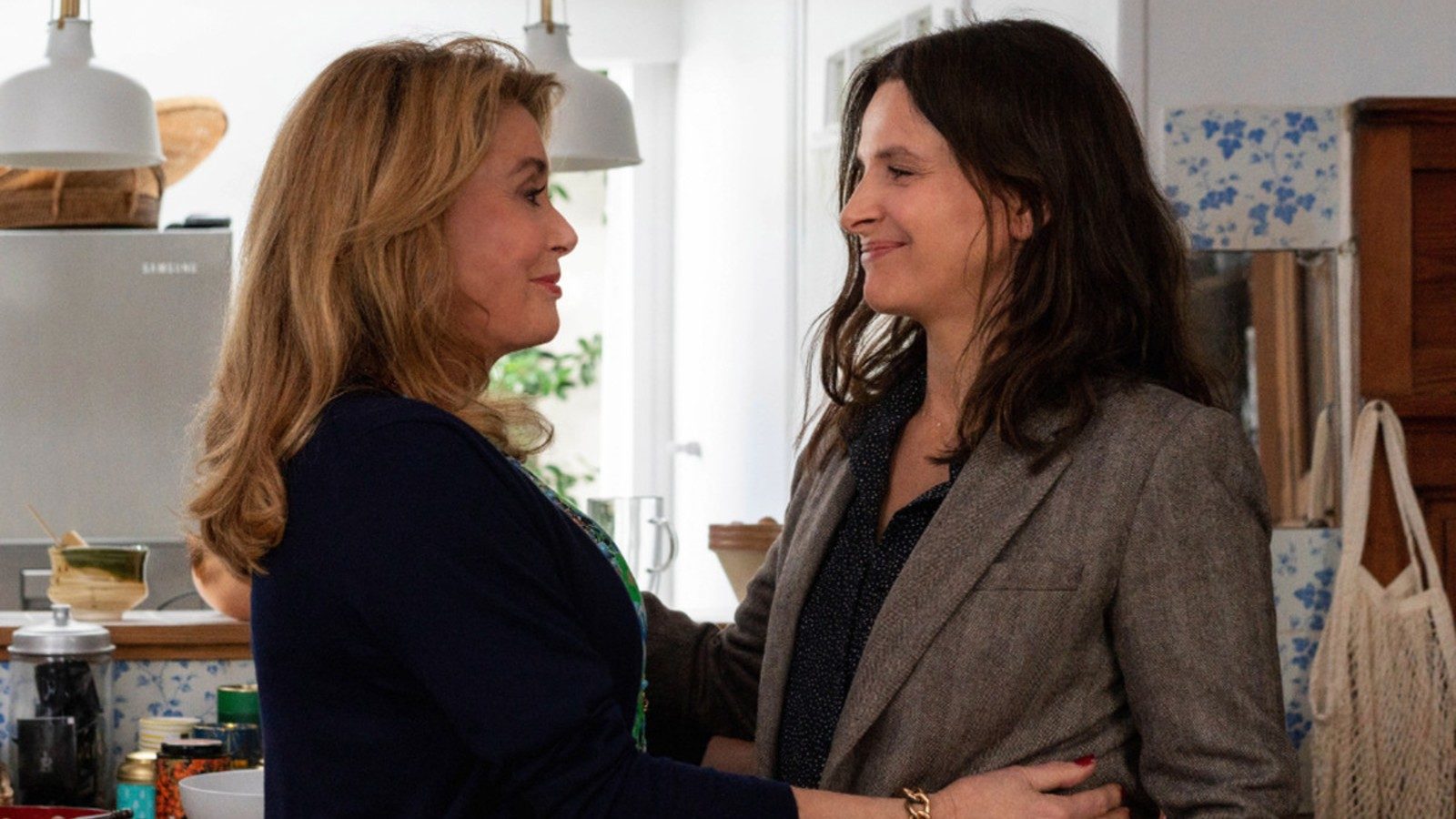 In his follow-up to the Palme d’Or–winning Shoplifters, Hirokazu Kore-eda casts two titans of French cinema, Catherine Deneuve and Juliette Binoche, in a film structured around the rippling tensions underlying a family gathering. With controlled intensity, Deneuve plays Fabienne, a screen icon preparing to publish her memoirs. The version of her life as presented on the page, however, is critiqued by her daughter Lumir (Binoche), visiting Fabienne’s secluded home with her American TV actor husband (Ethan Hawke) and their young daughter. Resentments seep out—and eventually explode—as Fabienne and Lumir confront the reality of their dynamic; meanwhile, their drama begins to affect Fabienne’s next project, in which she uneasily shares the screen with a rising young actress (Manon Clavel). Kore-eda deftly grapples with aging, memory, and guilt, while locating a tenderness that can thaw even the deepest-rooted conflicts. An IFC Films release.