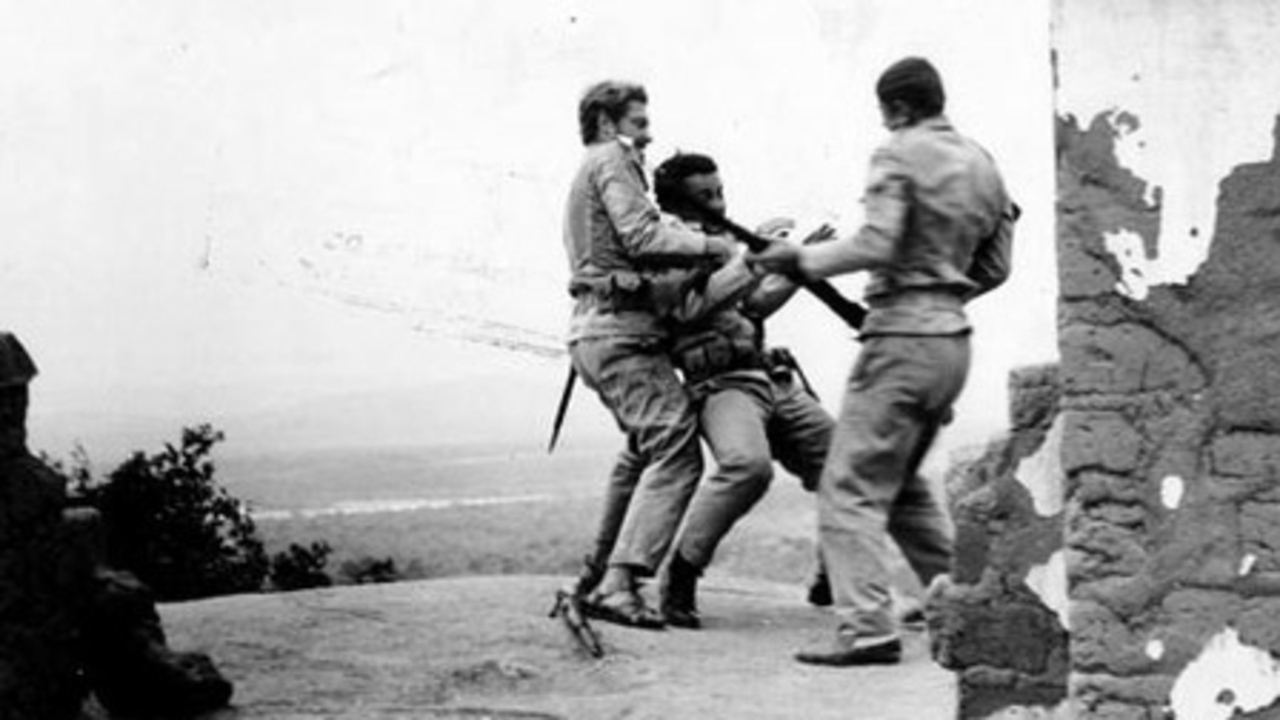 Made in response to an actual incident that occurred in Brazil in 1924 when a group of soldiers shot and killed a sacred ox, Ruy Guerra’s Berlinale Silver Bear-winner is one of the most important works of Brazilian cinema. Shot amidst a drought-stricken sertão of Northeastern Brazil, The Guns alternates between two stories: a group of starving pilgrims who follow an ox deemed sacred by a holy man; and a battalion of soldiers sent to the same region to protect a wealthy politician’s warehouse from the poor locals. Along with Nélson Pereira dos Santos’s Barren Lives, and Glauber Rocha’s Black God, White Devil, Guerra’s film is considered part of the “Golden Trilogy” of Cinema Novo.

“A small group of soldiers is sent to control an entire village of people being choked by the current power. The proud cult of firearms and the dismay over the violent consequences painfully alienate these men from their own humanity.” —Juliano Dornelles

Add to Calendar America/New_York The Guns - Made in response to an actual incident that occurred in Brazil in 1924 when a... Francesca Beale Theater, 144 West 65th Street, New York, NY 10023 Lincoln Center false MM/DD/YYYY aho3e0k00zv7rk56sm4e178
Share