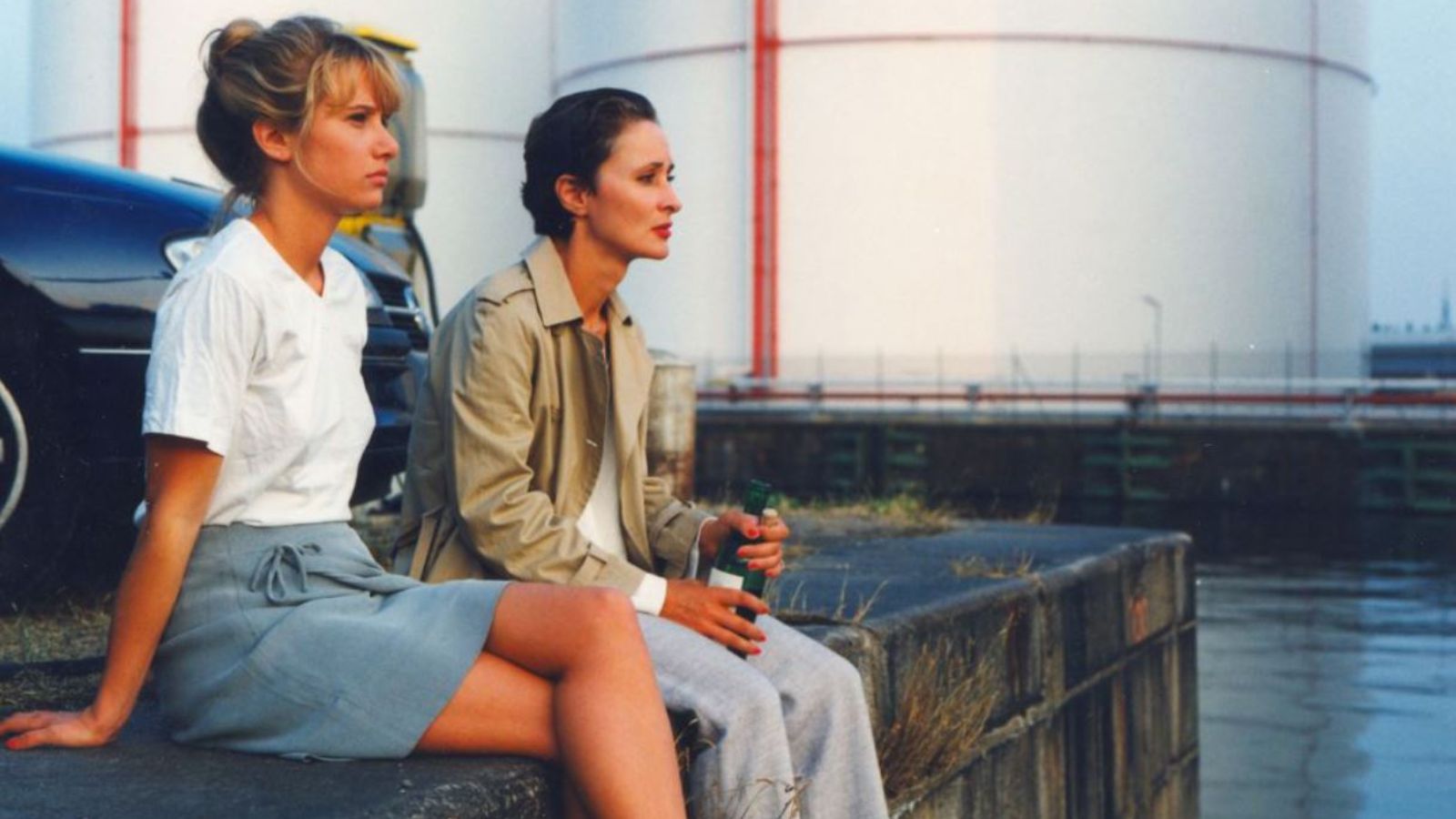 Petzold’s graduation project at film school (DFFB) is an unconventional crime thriller—which later aired on German television—that introduces a major theme of his films: the plight of women navigating a cold world of dead-end jobs and economic precarity in post-reunification Germany. Loosely adapting Hitchcock’s The 39 Steps, Pilots follows two traveling cosmetic saleswomen—one nearing middle age and fighting for her job, the other a younger competitor who is also the boss’s lover—who start out as enemies and become outlaw accomplices. As they share dreams and humiliations, Petzold captures mid-nineties Germany’s bland highway landscapes of roadside motels and rest-stops in an economical style reminiscent of Robert Bresson. Courtesy of Austrian Filmmuseum.