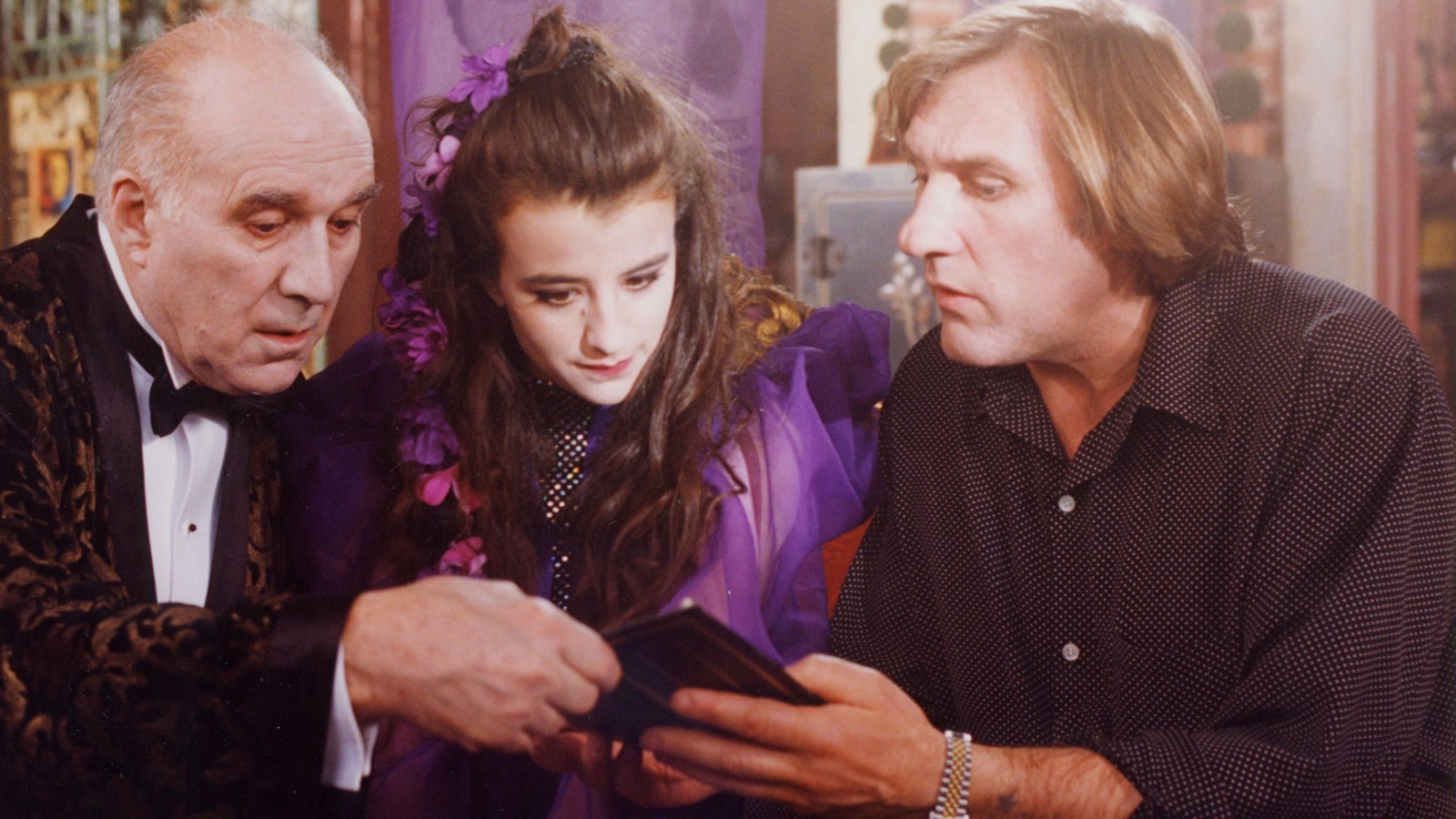 In this whimsical film historical revue, Varda assembles a troupe of beloved film icons to celebrate the hundredth anniversary of the Lumière Brothers’ earliest projections. This centenary is made flesh by the hundred-year-old Simon Cinéma (Michel Piccoli). To jog his fuzzy memory, he hires film student Camille (Julie Gayet) as a conversation partner. Over the course of one hundred and one days in Monsieur Cinéma’s manor, the spirits of classic films are reanimated by a dizzying supporting cast, including—to name a scant few—Catherine Deneuve, Jeanne Moreau, Sandrine Bonnaire, Alain Delon, Hanna Schygulla, Robert De Niro, and Harrison Ford. Through this playful patchwork, Varda salutes the past while ringing in another century of film.