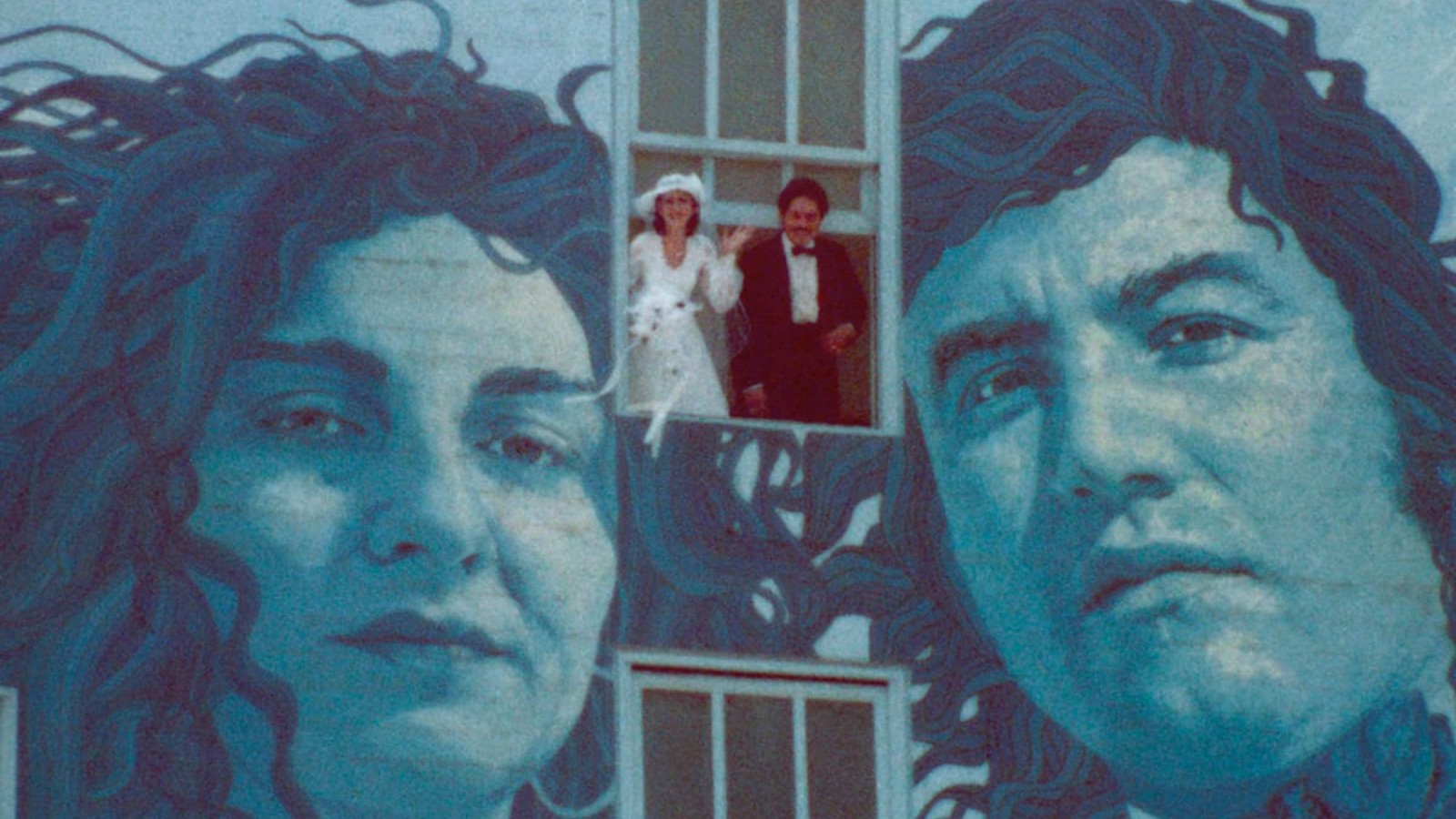 During the second of her two lengthy trips to L.A., Varda found a quietly brilliant way to depict her outsider’s perspective on the city’s convoluted social, racial, and economic tensions: filming its vast array of outdoor murals. The fiery, colorful public images splashed across the walls in Mur Murs—Afro-futurist vistas, imaginatively re-created historical pageants, visionary scenes from the Day of the Dead—were aesthetic joys and fascinating cultural objects for Varda, but they also occasioned rare opportunities to document their makers. One insists that his loving portrait of three forgotten Hollywood and TV stars is secretly the Holy Trinity; in one of the film’s most memorable scenes, another pair gives a spontaneous musical performance surrounded by grinning skulls and Boschian afterlife scenes. The result is one of Varda’s richest nonfiction films, a graceful synthesis of her gifts as a social critic and her skills as a human observer. An NYFF19 selection.