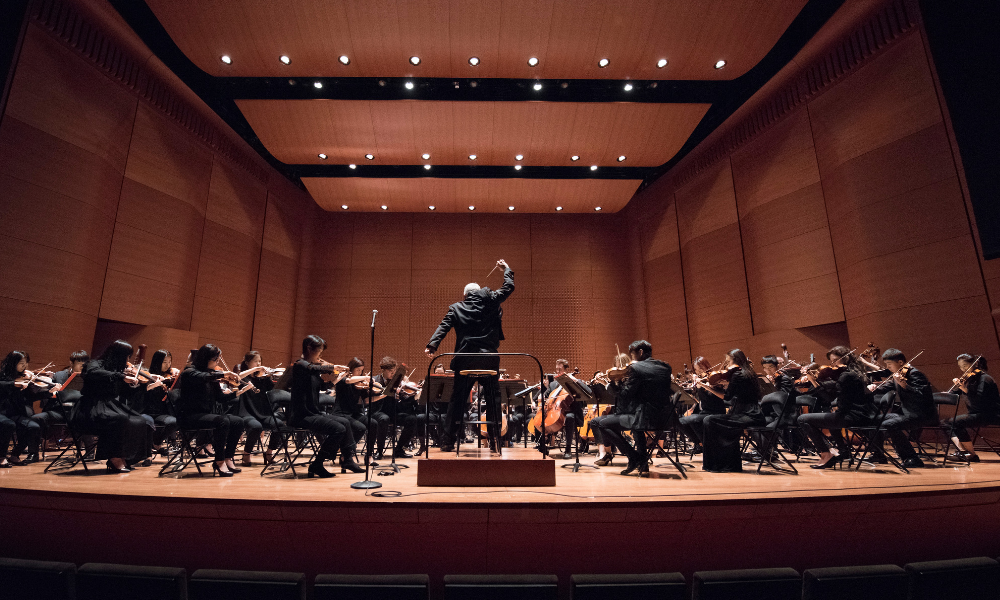 Led by music director David Hayes, the Mannes Orchestra takes the stage at Alice Tully Hall for a one-of-a-kind concert honoring Aaron Copland’s legacy as a visionary composer and citizen-artist. This special performance features landmark works by Copland, as well as a newly devised dramatic work based on Copland’s testimony during the 1953 anti-communist hearings on “un-American activities.”

Art in an Uneasy World, conceived by Pippin Parker and Isaac Butler, brings to life Copland’s testimony during the 1953 hearings. Directed by Butler, the piece will be presented semi-staged, featuring actors from the School of Drama and the Mannes Orchestra. A Lincoln Portrait and Symphony No. 3 are among Copland’s most well-known pieces, reflecting a visionary style that incorporated a range of American genres, including jazz, folk, and connections to Latin America.

Known for their bold and adventurous programming, the Mannes Orchestra has been hailed by The New York Times as an orchestra whose quality is “a revelation”,” and for their “intensity of focus.” The 2019/20 Season features many exciting performances, collaborations, and projects, including performances at Lincoln Center’s Alice Tully Hall, John L. Tishman Auditorium at The New School, and appearances with the Mannes Opera at the Gerald W. Lynch Theater at John Jay College.

Presented by the College of Performing Arts at The New School