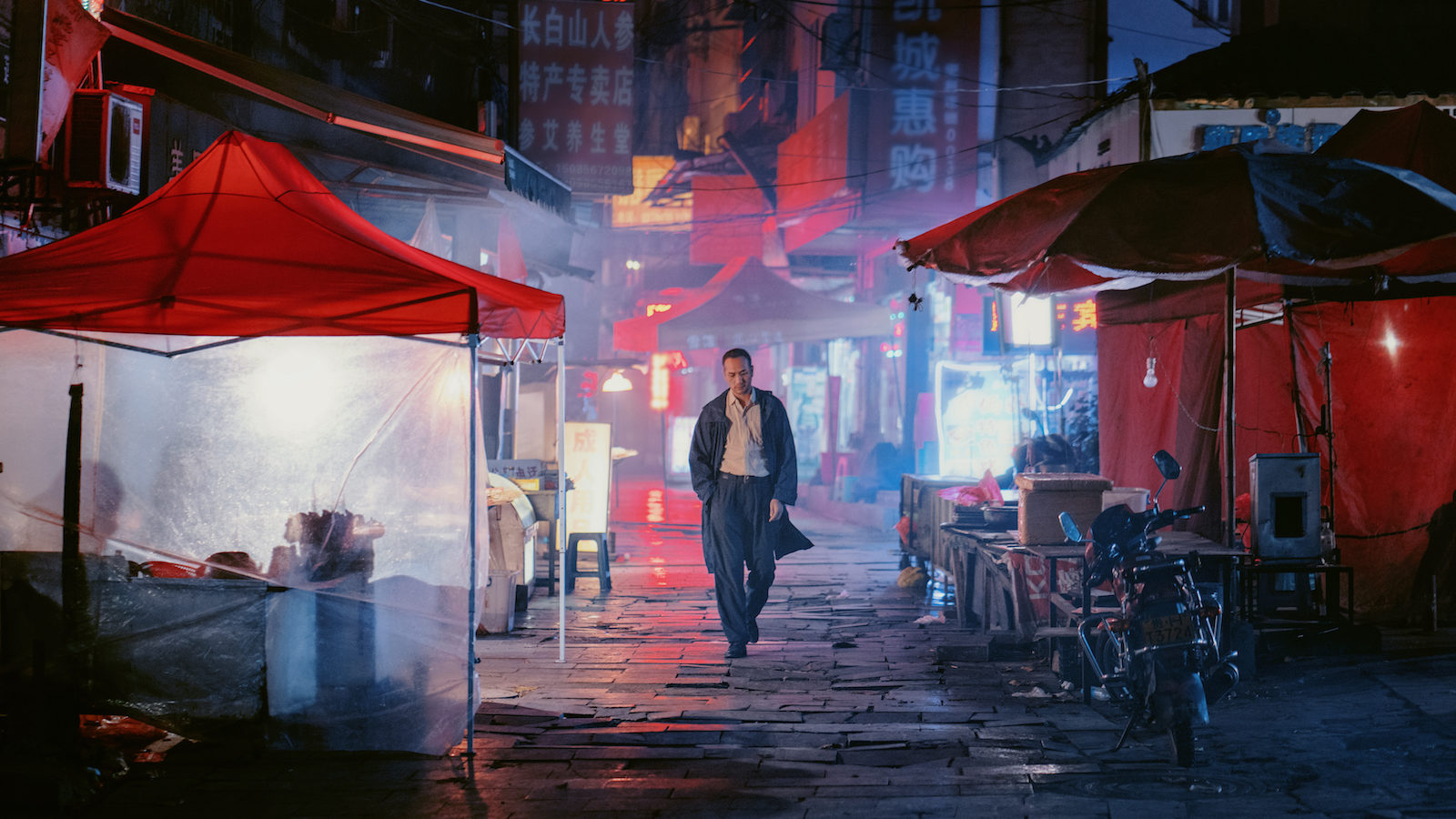 Following his knockout debut, Kaili Blues (ND/NF 2016), writer-director Bi Gan returns with this immersive art-house sensation that broke box office records in China. Long Day’s Journey Into Night is a noir-tinged film about a solitary man (Huang Jue) haunted by loss and regret, told in two parts: the first an achronological detective story, the second a nocturnal dream. Again centering around his native province of Guizhou in southwest China, the director has created a film like nothing you’ve seen before, especially in the second half’s hour-long, gravity-defying 3-D sequence shot, which plunges its protagonist—and us—through a labyrinthine cityscape. An NYFF56 selection. A Kino Lorber release.