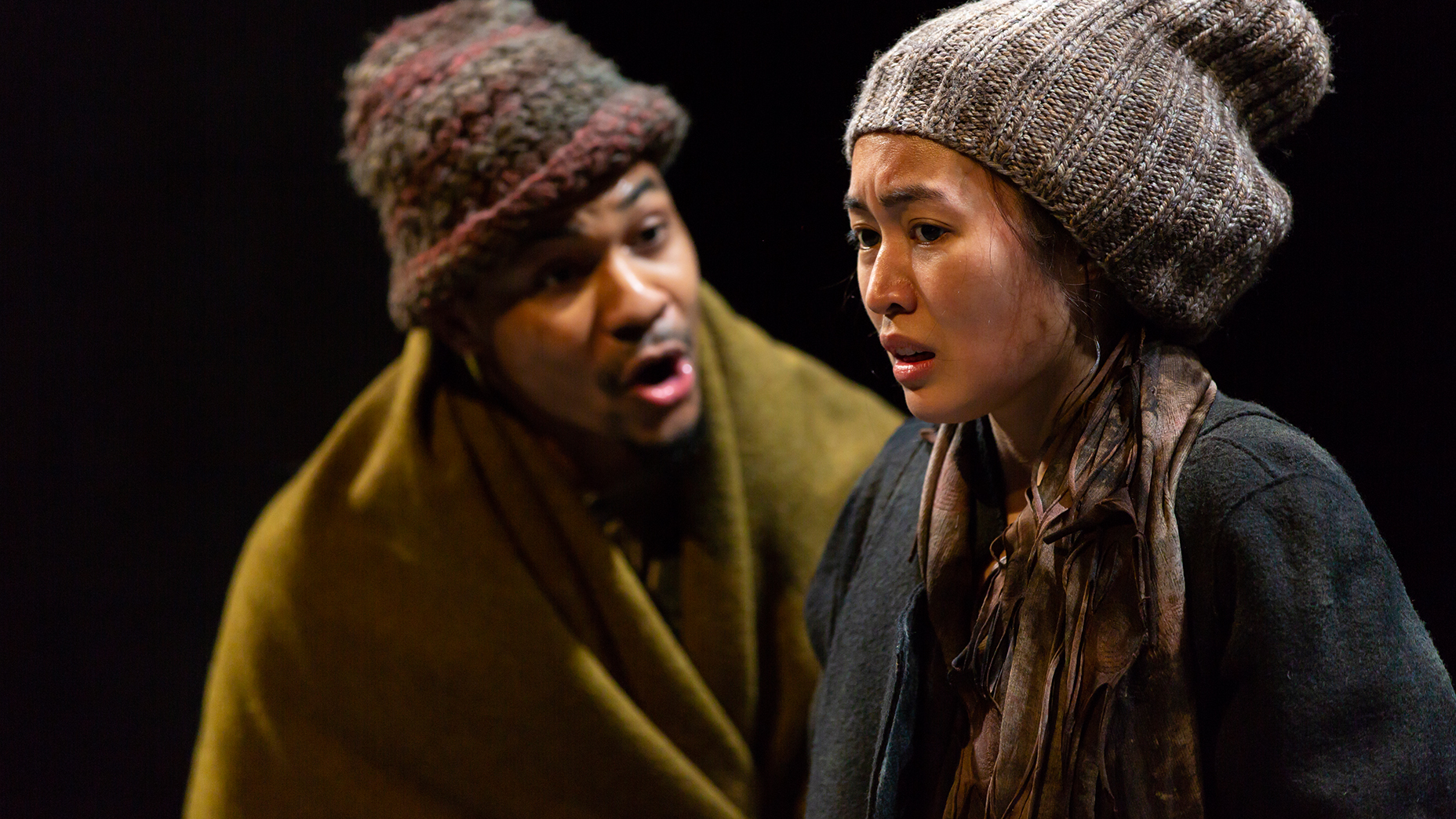 Juilliard Drama presents Black Snow, Keith Reddin’s dramatization of the novel by Mikhail Bulgakov and directed by Dustin Wills. Struggling writer Sergei Maxudov becomes the surprise envy of the Moscow literary elite when his play is chosen to be produced by the Independent Theatre. However, his hopes of a glorious life in the theatre are soon dashed as he confronts Soviet bureaucracy, artistic disputes, and a revered artistic director of supposed mythic powers. The play and the darkly satiric novel on which it’s based are inspired by Bulgakov’s own experiences with the Moscow Art Theatre and its renowned director, Konstantin Stanislavski, at the onset of Stalinist repression in the 1920’s. Read the press release.