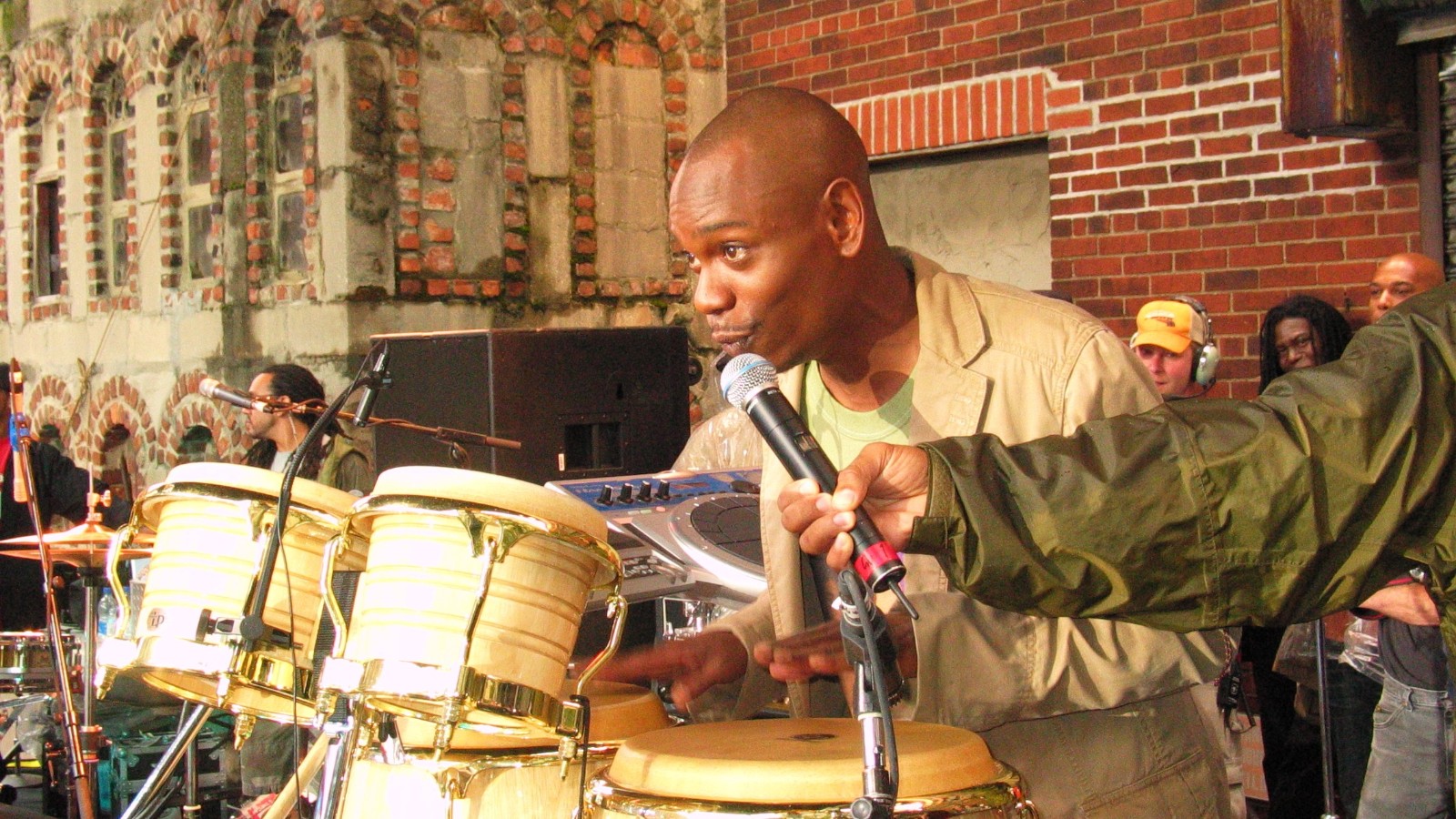 One of the great recent concert films, Michel Gondry’s 2005 documentary of a free daylong performance in Brooklyn hosted by comedian Dave Chapelle abounds with life, energy, and rhythm—thanks in no small part to DP Ellen Kuras’s nimble camera, which captures the all-star concert as a kaleidoscopic, reverberant event. Featuring the likes of Erykah Badu, Mos Def, Talib Kweli, the Fugees, Jill Scott, and more, Block Party also makes for an indelible portrait of the event’s host, arguably the world’s greatest working standup comedian at the time, operating at the height of his powers, clowning around with members of the lineup, and, most crucially, serving as the catalyst for this unforgettable happening.