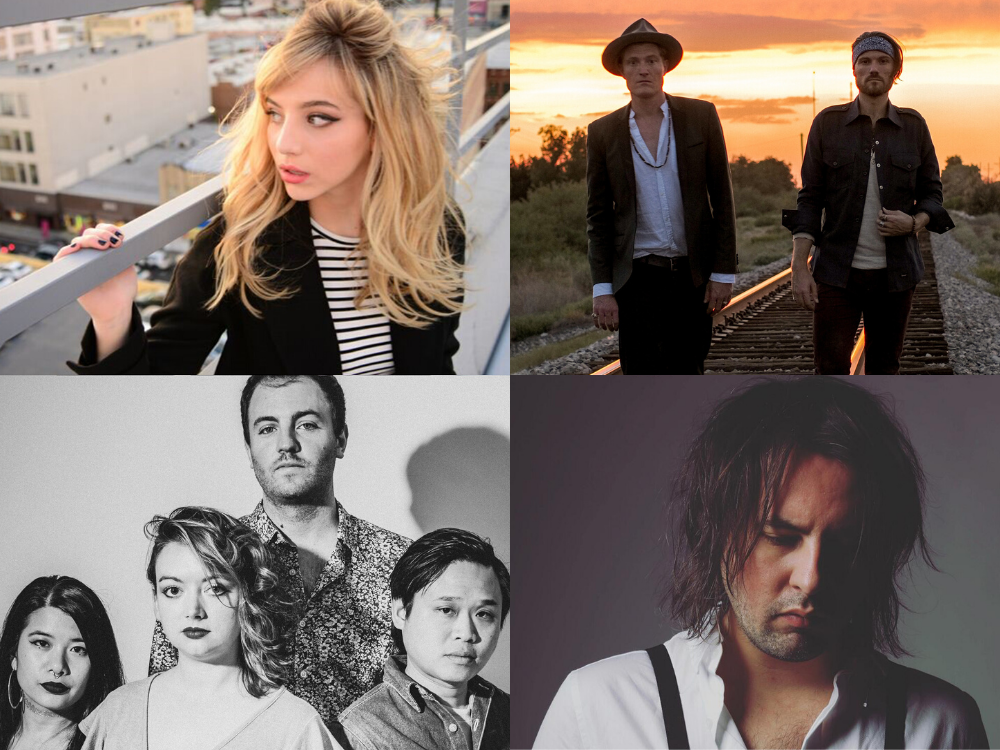 For one night only, Rockwood Music Hall, Lincoln Center and WFUV Public Radio will partner to feature multiple talented artists, channeling Rockwood Music Hall's mission to spotlight emerging musicians. These unique artists will bring songs and stories of their everyday stomping grounds from the historic Lower East Side venue to Lincoln Center’s distinguished David Rubenstein Atrium. Performing selections of their work in a showcase hosted by WFUV radio personality Rita Houston, audience members will be treated to a night of artist conversations and spectacular songcraft.

Former members of The Kin, and otherwise known as The Brothers Koren, brothers Isaac and Thorald Koren were approached by Ken Rockwood to make an acoustic album. The brothers set out on a year-long exploration to write and develop their sound, and recorded the album with producer Nic Hard at Sonic Ranch in El Paso, Texas. In late 2020, Fransancisco will release their debut album, I Went To The Sea To Be Free, on Rockwood Music Hall Recordings.

Hailey Knox doesn’t just sit on the sidelines: she’s become the mastermind behind building and producing her own soulful pop songs. To push her own boundaries, the 21-year-old singer- songwriter has been cutting her teeth on the road the past few years since her debut EP ‘A Little Awkward’ and her latest release ‘Hardwired Mixtape’. Hailey has toured with Charlie Puth, Corinne Bailey Rae, AJR, Ruth B., and Bailen. Because of her live shows, Knox has grown into a powerhouse, building her songs onstage with a loop pedal.

The Chevin frontman, Coyle Girelli released his highly anticipated debut solo album Love Kills in late 2018. A sweeping cinematic, lusty and soulful Americana record widely hailed as a “masterpiece” Love Kills swims in a sound that mixes the crooning influences of Roy Orbison and Johnny Cash together with soaring melodic scores reminiscent of Ennio Morricone and a modern dark Americana edge to create something refreshingly unique. Girelli is a versatile artist and songwriter who as well as fronting The Chevin, Your Vegas and his solo project, has written global number 1 pop hits for other artists and award-winning record-breaking musicals in Europe.

Praised by NPR for their "upbeat, poppy vibe; energetic, driving rhythms; and virtuosic solos,” Twisted Pine will preview their Summer of 2020 release and a sound they call Americana funk. Steeped in traditional music, the players [Kathleen Parks on fiddle, Dan Bui on mandolin, Chris Sartori on bass, and Anh Phung on flute] are fearless, tuneful improvisers and passionate lovers of pop. "They were once bluegrass," wrote The Boston Globe, "but ... this Boston band has become something else, a wider version of stringband, boundary jumpers akin to outfits like Punch Brothers, Nickel Creek, and Crooked Still.”