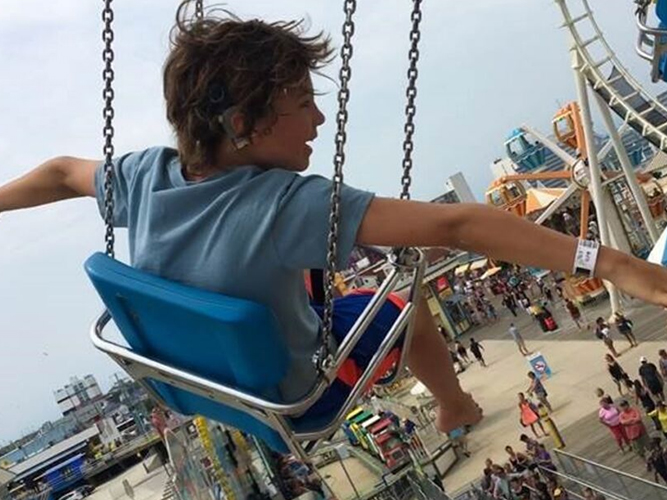 This event has passed
Courtesy of HBO

At its core, the HBO Documentary Film Moonlight Sonata: Deafness in Three Movements is a story about love, family, and finding your voice. Filmmaker Irene Taylor Brodsky (HBO’s Beware the Slenderman, Oscar-nominated The Final Inch, and Peabody Award–winning Hear and Now) has been surrounded by deafness her entire life: Brodsky’s parents are deaf and her son Jonas lost his hearing at the age of four. While Jonas can now play piano with the help of cochlear implants, his aging deaf grandfather will help him learn how to embrace his own deafness while experiencing Beethoven’s music in a profoundly new way. Weaving visceral animation and sound design with intimate family footage captured over 80 years, Moonlight Sonata chronicles a deaf boy's journey to learn the anguished sonata Beethoven wrote just as he was blindsided by his own deafness.