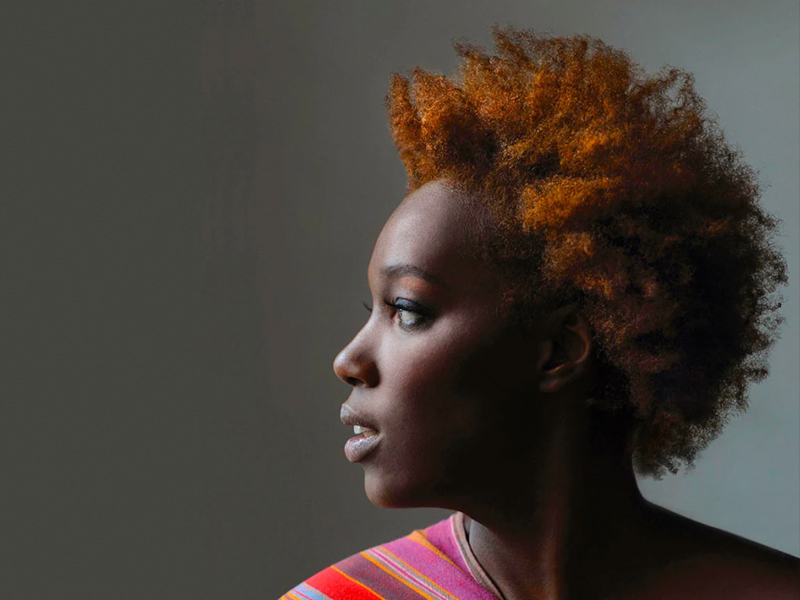 Imani Uzuri, raised in rural North Carolina, is an award-winning vocalist, composer, librettist, and improviser called “a postmodernist Bessie Smith” by the Village Voice. She creates interdisciplinary works and performs at international venues and festivals. Her ritual performance Wild Cotton was recently cited as one “with subtlety and vision” by the New York Times. In 2018, Uzuri was a commissioned composer for Banff Centre for Arts and Creativity. Uzuri is a former Park Avenue Armory Artist-in-Residence and was a 2019 Jerome Foundation Composer-in-Residence at Camargo Foundation in Cassis, France. Uzuri and ensemble will share an intimate concert of compositions from her various works for voice, strings, flute, and piano, including music from her large music work Placeless, her cantata Conjure Woman, the world premiere of her Chamber Music America New Jazz Works commission, and selections from her forthcoming chamber opera Hush Arbor (The Opera), a mercurial musical meditation exploring themes of death, transcendence, rebirth, impermanence and “liminality” (standing at the threshold).