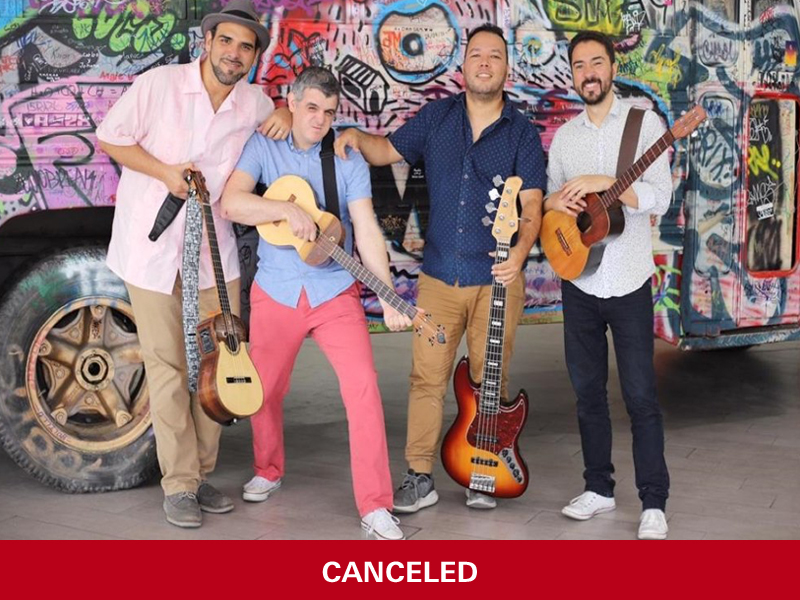 2014 and 2019 Latin Grammy winners, C4 Trío is an ensemble of three virtuosic Venezuelan cuatro performers—Jorge Glem, Hector Molina, and Edward Ramírez—along with bassist Rodner Padilla, that specializes in a contemporary, vibrant sound. The national instrument of Venezuela, the cuatro is a small, four-string guitar prominent in llanera music, the traditional music of the plains. C4 Trío has transformed the cuatro into a versatile and contemporary instrument for a variety of musical contexts. C4 Trío’s concerts are musical voyages with no borders that embraces traditional repertoire as well as improvisations in jazz, folk and pop idioms.

Due to Monday’s water main break, this performance is canceled and will be rescheduled for May 6.